How Xynteo evolved, driven by a vision for a new kind of leadership and growth.

‘To create change, together’

Before Xynteo as we know it today was fully formed, it began as an e-learning company in 2001 – then called Synecta. Above an Indian restaurant in the leafy London suburb of Esher, Synecta was founded by Osvald Bjelland as he saw reinventing growth as the key leadership challenge of our time. Synecta was later sold, but as the dot-com bubble hit Osvald took back full ownership in 2001. Just before this, he set up The Performance Theatre in 2000, a non-profit that aims to inspire business leaders to realise a new kind of growth.

In 2007, on a trip to India, Osvald became increasingly concerned with the social and environmental trajectory of our planet and wanted to help businesses steer away from a ‘breakthrough performance’ mindset, to ‘creating growth solutions for a low-carbon economy’. The company still holds onto its roots in the country, with two offices and a growing partnership, Vikaasa, formerly known as India2022. 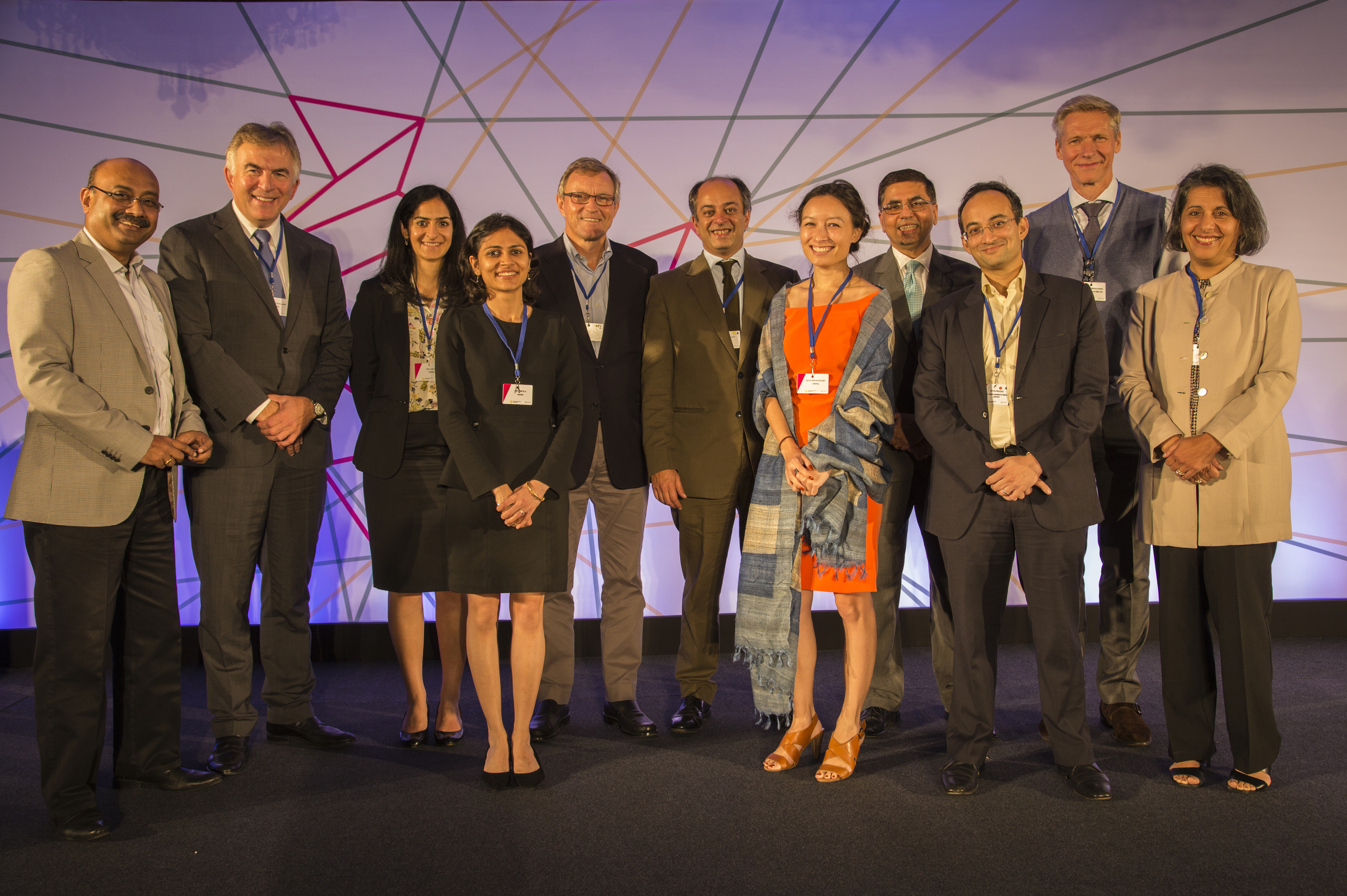 Synecta evolved into a sustainability advisory firm and Osvald changed the company’s name to Xynteo – a Greco-Latin mash-up meaning ‘to create change together’. And the company mission has stayed the same ever sense – reinventing growth, together.

During this time, in large part due to the then-as-now ground-breaking The Performance Theatre as well as GLTE (the mother of the Xynteo Exchange), Xynteo solidified its reputation for creating innovative meeting places for business leaders, unlocking new knowledge and new networks. As these networks took root, Xynteo expanded its value proposition, using its trusted network-building capacity to unlock projects aiming to help clients explore and pursue low-carbon growth opportunities.

Early and critical project exemplars included a thought leadership series for Tata Consultancy Services on the role of ICT in driving low-carbon growth in six different sectors and a life-cycle analysis of an offshore oil field for Statoil.

In parallel, Xynteo identified an intellectual knot in its mission: climate change is the symptom, not the illness. The real problem is the idiocy of the global growth model. While in many ways it had delivered massive gains for humanity, it had become obsolete, preposterously unsuited to the demographic, resource and climate realities of the 21st century. So Xynteo pivoted, for commercial relevance and intellectual correctness.

This cemented Xynteo’s ambition, which lasts to this day; to become a force for finding ways of using the power of business to untangle the deepening conflict between traditionally conceived growth and human progress.

Growth as a force for good

With Osvald’s roots in a small farm in Western Norway, growth has always been seen as a force for good – representing progress and hope for his family for generators. An inheritance of ever greater prosperity for future generations was the driving motivation. A chance to create something better for the generations that follow.

With that mindset, Osvald moved to Oslo in 1980 to start his BA at the BI Norwegian Business School, which he followed with two MBAs and a PhD in England on leadership transformation.

After years focusing on accelerating growth for businesses and its leadership, Osvald was increasingly more moved to create a more sustainable form of growth. Without it, the fjords around his family farm in Western Norway would no longer be the same, climate change would create catastrophes, and our society would no longer sustain itself.

Osvald believed that business, and in particular its leaders, could be an enormous catalyst for change, to create a more balanced society, rather than current, highly imbalanced one. This has been the driver for Xynteo’s mission as we know it today - creating systemic change by focusing on equipping leaders to transform their organisations and the systems in which they operate.

“To create a world where our future generations can thrive, we need a systemically different kind of growth. A more sustainable global economy and society fit for the future. This is why I founded Xynteo – so that together, we can reinvent our growth.” – Osvald Bjelland, Founder and President, Xynteo 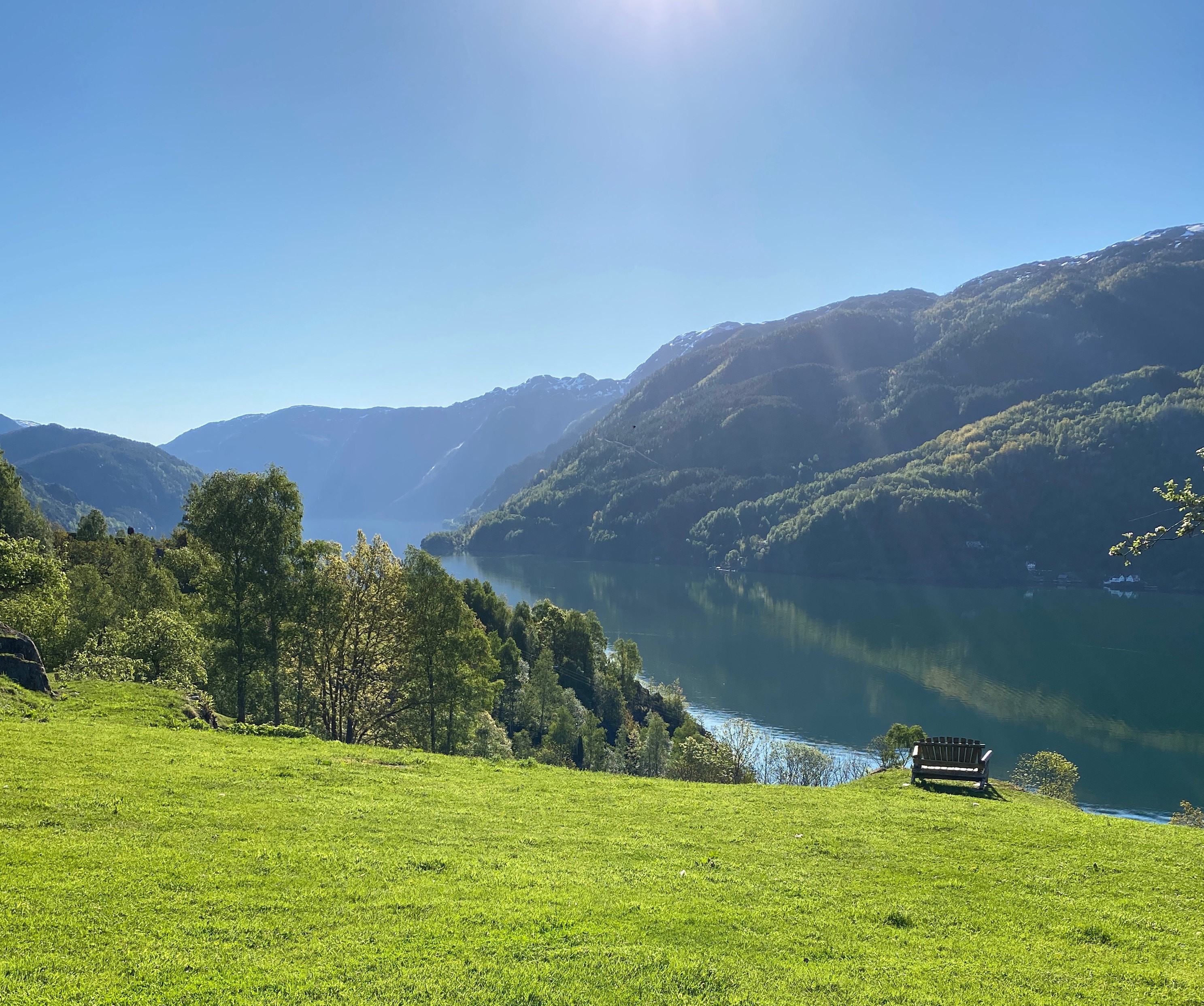 In 2018, Xynteo organised itself into the services and partnerships we know today. Continuing with a rapid growth, 2020 was expected to be a year with great impact.

As the global pandemic came, and the world went into lockdown – society ‘as usual’ changed. And Xynteo changed with it – scaling up virtual deliveries and refocusing on our mission. The pandemic shone a light to existing problems in our society, and the need for Xynteo’s work was clearer than ever before.

The world needs leaders that can guide us in a new direction – by reinventing growth in our systems, from food to energy, waste, health and many more.

On April 15th 2021, Osvald welcomed our new CEO, Jorge Pikunic as Osvald took on the role of Founder and President. Together, they will continue to build and nurture Xynteo’s ecosystem, and Osvald will continue to play a central role in this next phase of Xynteo’s future.

Today, Xynteo is privileged to be able to help visionary leaders of global companies reinvent growth - shaping partnerships at huge scale, with established businesses, innovators, civic organisations and governments. With a team of 118 people, 14 nationalities across offices in Oslo, London, Mumbai and New Delhi – we’re proud to walk with you on these challenges.

If you would like to learn more about how we can help you reinvent growth, connect with us here.