Leading differently at the Xynteo Exchange 2019

A signature of the Xynteo Exchange is the non-traditional approach, so our speakers were presented as guests on a talk show, hosted by Xynteo’s Rick Wheatley and 13-year-old Malou Wheatley, who put through the guests through a spirited game of”‘I have/I have never”.

He spoke about his journey towards becoming a humanitarian. “I ran a company for 700 people and lots of people that were working for me were dying of HIV/AIDS - sometimes 10 employees a week getting ill”, Masiyiwa said.

He realised that education was key to helping solve these challenges. “My wife and I started to pay for children to stay in school, out of our salaries. The idea mushroomed. At the height we were supporting 40,000 kids a year in school. As we developed, we started more programs and we became engaged with education and started sending our kids to universities. It became a mission for us!”

In Masiyiwa’s view, we can succeed in tackling the challenges of a changing world by mobilising the right resources: “During the Ebola crisis, I dropped my job to mobilise money and resources to send healthcare workers to the affected areas. We ended up getting ten times the volunteers that we needed - people quit their jobs and were immediately on their way. People who stayed throughout the entire pandemic - these are the unsung heroes”, Masiyiwa said.

Nada Ahmed of Aker Solutions, talked about her journey from underprivileged beginnings in Pakistan, to her current position. Now she is the founder  of the CitizensFoundation, which has resulted in 120 boys and girls going to school. Along the way, Ahmed pointed out, there were failures and lessons. 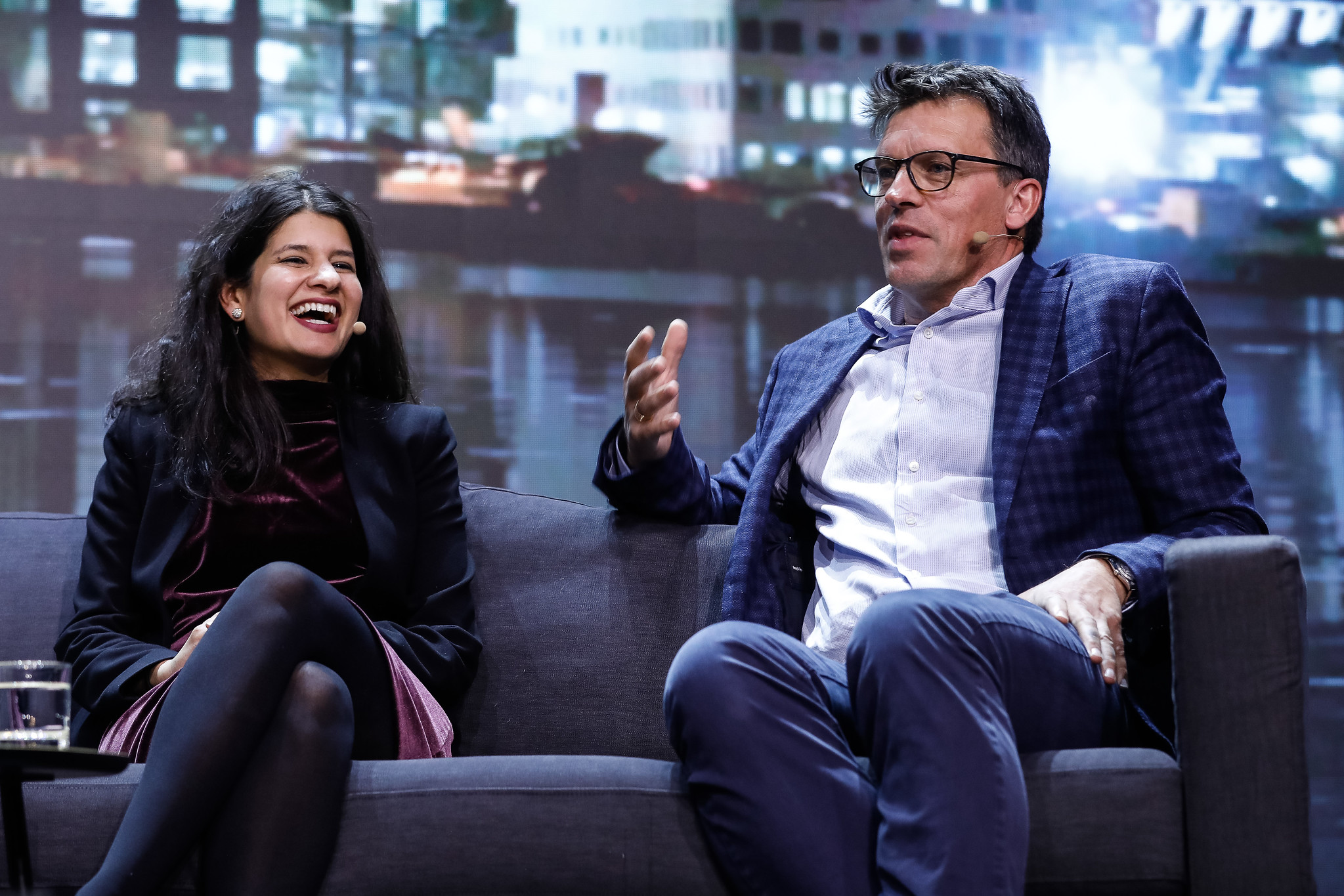 Koss was himself a national hero, in the most traditional sense, when he won three individual Olympic gold medals on his home soil in Norway. But that was only a part of his journey. The bigger picture revealed broader motivations - and a focus on continuing to the lives of others.

“As an athlete I didn’t think I could contribute much, but I could use the skills in sport to help these kids elsewhere. Koss said, “I took this discovery for granted in Norway, and it gave me a purpose to compete at the Olympics - bigger than myself. Children helped me find the reason to win!”

Koss later founded Right to Play, a humanitarian organisation that uses sports and play as a development tool for children and youth in disadvantaged areas. One example he discussed was their work in areas affected by the conflict between Pakistan and India. “We started from scratch - with networks but no funding,” Koss said. ”We went into areas like Pakistan to educate kids in where that was the last thing’s on people’s minds.”

“It’s our responsibility to create a space for opportunities for others,” Koss noted, “- if they get it, they use it”.

The session, which closed out an incredible Day 1 at Xynteo Exchange 2019, provided inspiration and food for thought for the 500+ leaders and changemakers in the room.

Day 2 continues with a new focus: “We must combine forces” at Square 3.