A new identity for Xynteo

Xynteo’s new visual identity has been designed to better communicate who we are and how we help create value with and for our partners.

Created in its present form just 10 years ago, Xynteo’s own journey has been one of reinvention and growth. Founded to unlock solutions for a low-carbon economy, we have expanded our horizons to help companies achieve growth that is not only in line with a healthy environment and climate, but healthy societies as well. Leadership and the role leaders play in driving transformation have remained at the core of our work throughout.

“What’s unique about Xynteo is our focus on reinventing growth by advising and enabling a community of visionary leaders”, says Xynteo CEO and founder Osvald Bjelland. “By equipping these leaders and helping them to build unusual but high productive partnerships, we allow a new and healthier form of growth to emerge”.

Developed by Xynteo’s in-house communications team in partnership with the Oslo-based creative agencies DesignRanch and Bleed, the new visual identity provides a more cohesive presence, reflecting the consistent experience that Xynteo’s partners receive across all touchpoints.

The revised visual identity includes a new company logo, along with a related graphic element, the “Metaballs”. Together, they hint at the healthy growth that naturally emerges when previously separate entities engage in the right ways. Nurturing this growth within business leaders, their organisations, and the systems in which they operate, is what Xynteo is all about.

The sense of growth is carried through in the new logos for Xynteo’s coalitions which build upon the theme initiated by the new company logo.

“The core concept behind the brand refresh is to reflect the way that Xynteo, through its diverse team of changemakers, has an impact on our partners and in the world”, says Geoffrey Igharo, Xynteo's Communications Director. “As we roll out the brand visual identity over time, we'll aim for Xynteo to reveal itself as steadily evolving presence, rather than a static or monolithic one." 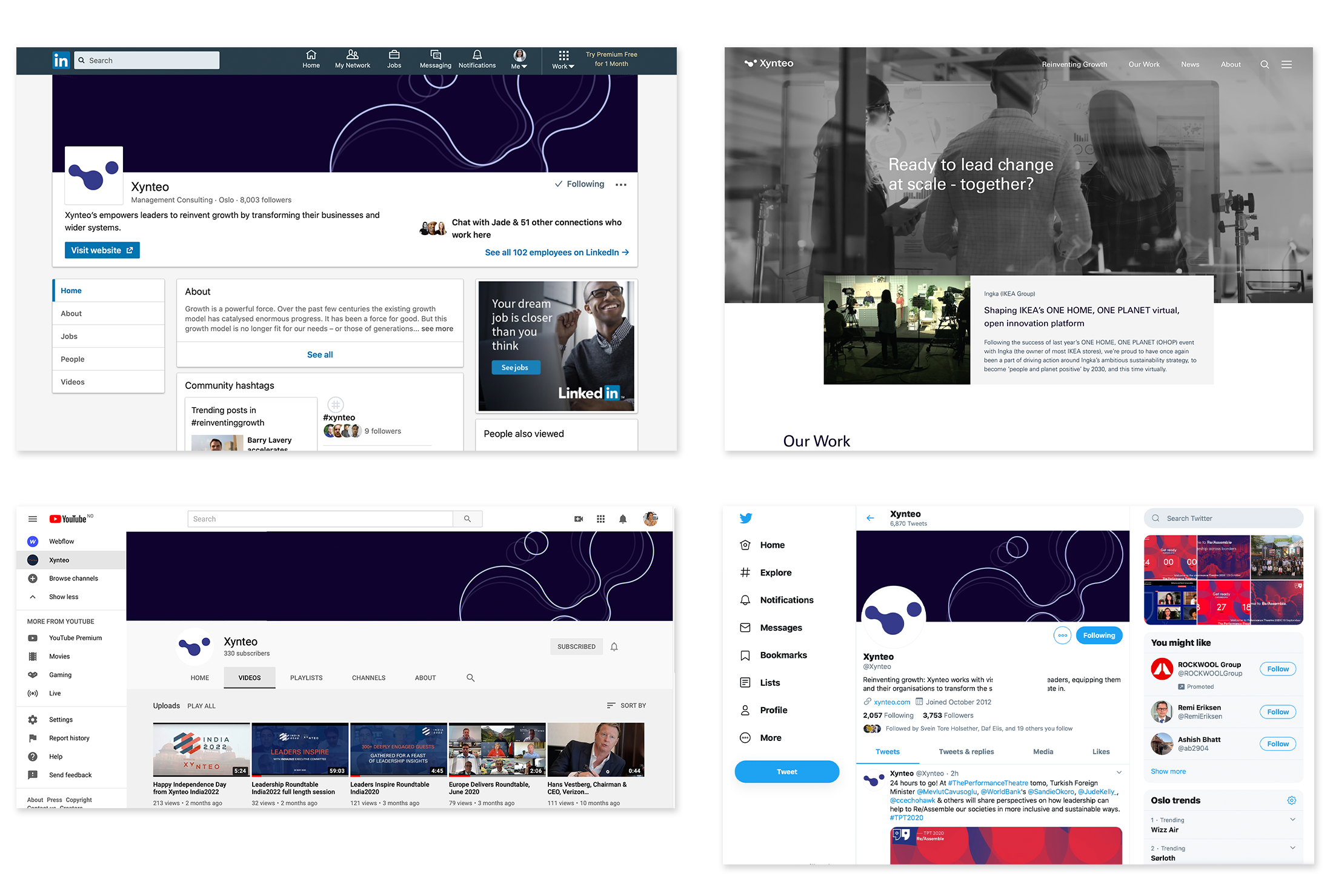 Along with the new logos and graphic element, Xynteo also has a new primary brand palette based around purple, a colour strongly associated with energy, dignity and leadership. A secondary, complementary palette adds freshness and contrast in a wide variety of applications. 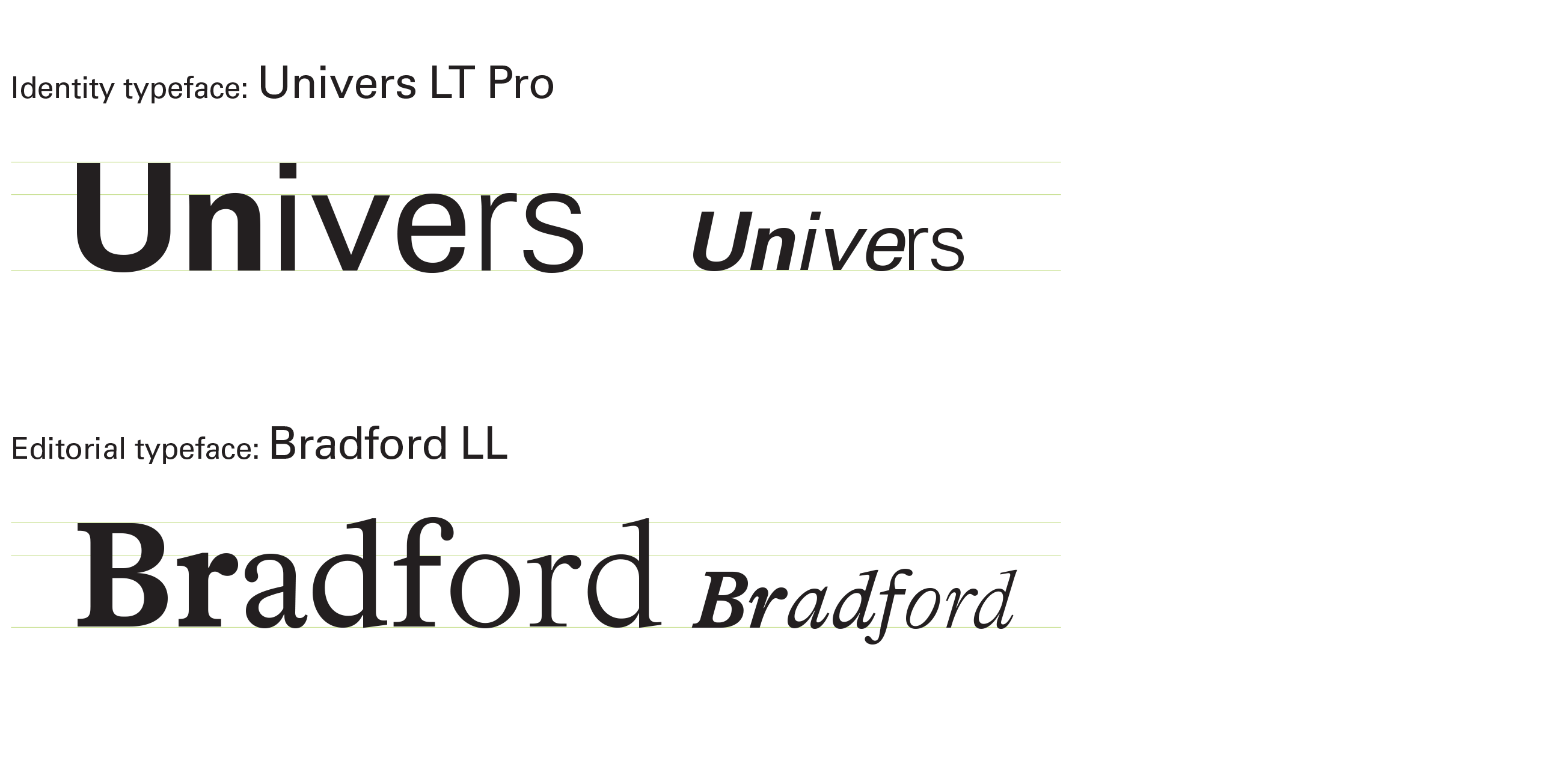 A revised photographic style aims to convey the central ethos of the brand, showing people engaging, collaborating and making new connections. Subtle use of tones hints back to Xynteo’s nordic roots, as a company founded in Norway, although now with a global client bases and offices in Norway, the United Kingdom and India. 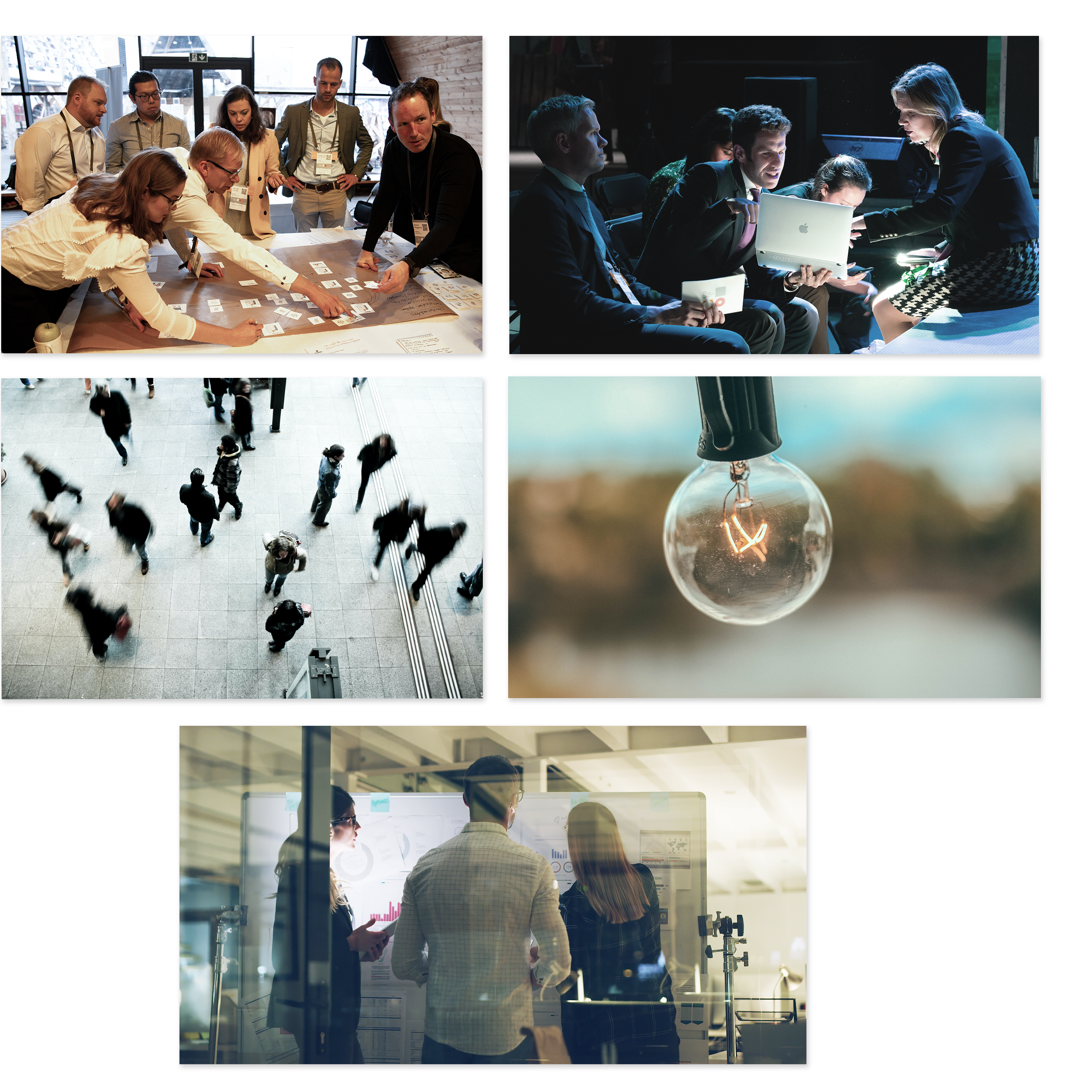