Aiming to enable decarbonisation at scale for global clients.

In his capacity as a low-carbon energy and climate change specialist, Emrah has significant experience in developing decarbonisation strategies and policies. He has worked in Europe and beyond, across a wide range of low-carbon energy sectors, including industry, heat, electricity, hydrogen, and CCUS. Before joining Xynteo, he led the industrial decarbonisation team at Element Energy, a low carbon energy consultancy.

“I’m looking forward to meeting and working with Xynteo’s passionate team of exceptional people”, Emrah says. “Having spent the last decade trying to attract interest in low-carbon energy and climate change, I am really happy to see that several major companies and governments have announced net-zero targets recently. I am sure others will follow soon.”

On Emrah’s first day with the Xynteo Team, he took the time to share some more insights about his background and the value he aims to deliver for Xynteo’s clients.

What’s your background and how it has helped shape your career?

I grew up in Turkey and lived in several cities throughout my childhood and youth, including Izmir, Ankara, Bursa and most recently Istanbul. These are the largest cities in the country. Although Turkey is a beautiful country, living in major cities in a developing country has its own challenges. For instance, we had curfews due to air pollution in Ankara during the late 1980s. Similarly, Istanbul's public green space is extremely limited - only about 2 percent - which is disappointingly low compared to other major cities in Europe. Growing up in major cities gave me first-hand experience with the consequences of losing connection with nature. This later became a wider interest in climate change and renewables during my university years. I then joined one of the largest energy companies in Turkey and arranged meetings with senior executives to unfortunately hear that "there is no future in renewables and low carbon energy". 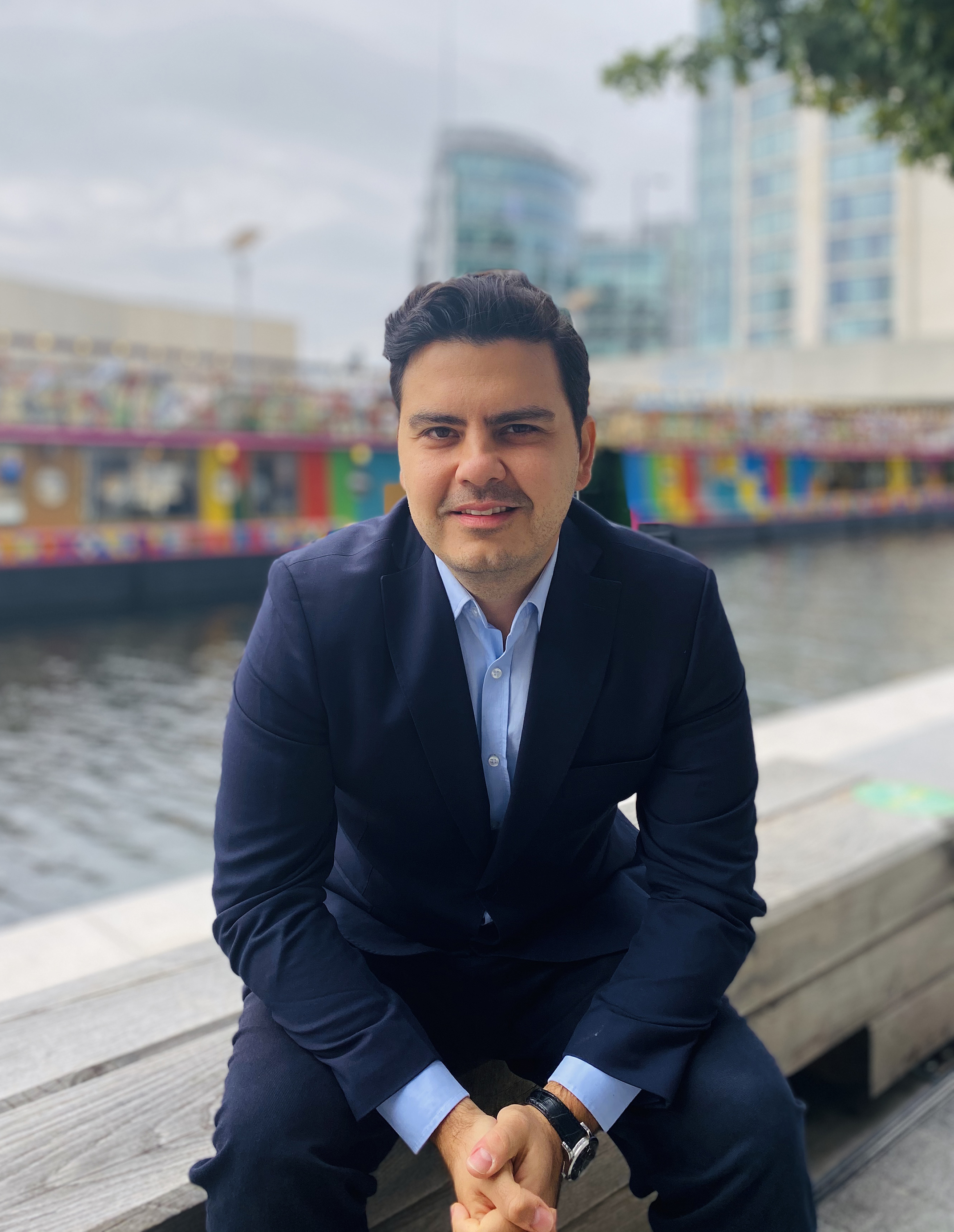 I therefore decided to move to the UK with my wife to pursue my passion for tackling climate change and did a Masters at the University of Cambridge on this topic. Following that, I joined the UK's and Europe's one of the first consultancies dedicated to low-carbon energy almost 10 years ago.

Since then, I have been working with major global companies and governments on policy-making, strategy development and project development in the low-carbon energy/climate change sector.

You’ve published a lot of papers on decarbonisation – looking back, which do you think is most relevant to the challenges we face at the moment?

I led a lot of papers on decarbonisation across a wide range of sectors with a variety of partners and clients. I think majority of them are still relevant to the challenges we face at the moment, but a paper we published on CCUS market mechanisms (which was commissioned by the Oil and Gas Climate Initiative - a CEO-led consortium of major oil and gas companies) had interesting recommendations that apply to several sectors and low-carbon technologies that require a rapid scale-up to achieve our climate change goals.

That study highlighted why improving the dialogue between public and private stakeholders would be crucial and I believe my statement in our press release is still valid today: “By recognising that CCS deployment is a shared beneficial endeavour, public and private sectors can collaborate to achieve scale-up.

Unfortunately, momentum in CCS deployment is currently low. A principal cause is that the dialogue between stakeholders has articulated the costs of CCS, without sufficiently articulating its value.”

Transition to net-zero will require collaboration between organisations and governments across different sectors, regions and technologies. It is impossible for a single company or government to solve this global problem. We should also focus on the growth opportunities and value of decarbonisation.

Another example could be the series of papers we published on hydrogen for Equinor, Hy-Impact series, which showed the role of hydrogen including aspects from job creation to emissions reduction, and hydrogen production to its end-use, including complementing renewables in the power sector. These papers answered some of the fundamental questions around hydrogen deployment, which are still applicable in Europe and beyond.

What motivated you to join Xynteo at this stage in your career?

I am really proud of the work I have done with my colleagues, partners and clients over the last 10 years, and our significant impact on the early climate change debate. For instance, I led projects to design first-ever policies on industrial decarbonisation and CCUS for governments. Similarly, my team led the development of industrial decarbonisation strategies with the UK government and the Committee on Climate Change. This made the net-zero target possible in the UK, which was the first major economy to pass net-zero emissions law, by identifying ways to reduce emissions close to zero for the vast majority of industrial processes for the first time.

We also helped shape some of the world's largest decarbonisation projects including the Zero Carbon Humber consortium and developed strategies for major global companies including the Oil and Gas Climate Initiative.

I would like to spend the next decade transforming major companies and markets, to enable decarbonisation at scale in a variety of sectors. I am extremely grateful that my paths have crossed with Xynteo who has a very similar mission and an excellent reputation for making a real impact in major global companies. Xynteo’s work empowers leaders and organisations to reinvent growth. I am confident that we will be able to empower leaders to make net-zero a reality for their organisations and markets.

Xynteo focuses on “Reinventing Growth”. What does this term mean for you?

Reinventing growth is a must for achieving our global climate change goals. Energy is a necessity, and we are still trying to answer some challenging questions. How can we provide almost a billion people who do not have access to electricity with it, while protecting our environment and climate? How can we protect valuable jobs in the European industrial clusters while decarbonising energy-intensive industries? How can we de-link economic growth and carbon emissions in all countries in the world?

Climate change may be seen as a risk in certain sectors, but it brings significant opportunities. Some of the renewable energy companies now have higher market value compared to oil and gas companies. Similarly, some electric vehicle and hydrogen stocks are soaring. Climate change can lead to significant growth opportunities, but major companies will need to transform how they operate in a net-zero world. They also need to convince their customers, investors - and perhaps more importantly, employees - that they are serious about those goals.

What do you believe are the most important factors that are driving change in business right now?

Climate change/decarbonisation has become “mainstream” in a positive way: It is one of the top discussion topics for politicians during elections, we hear news about renewables, electric vehicles and climate change in mainstream media, and it is one of the top priorities for the new generation. There is also increasing pressure from customers, financiers, and shareholders. Climate change used to be part of corporate PR, mainly to manage risks and branding. Now, leaders are realising that decarbonisation is central to their business and strategy.

Net-zero targets by governments and corporations: Recent net-zero or carbon neutrality targets by the European Commission and governments, including the UK, China and others, helped significantly. Certain sectors and businesses could delay their decarbonisation, as it was possible to meet shorter-term 20% or 30% decarbonisation targets. Net-zero requires transformation of all sectors so no one can hide! Obviously, governments and major companies should work very hard to meet these targets over the next decades. However, even setting up those targets has increased the world’s attention on key sectors such as manufacturing, shipping, aviation, agriculture and many others.

What do you see on the horizon in the decarbonisation space that major global companies need to become more aware of?

Some major global companies already have ambitious net-zero targets. Some of them also commit to taking responsibility of their historic emissions by removing CO2 from the atmosphere in addition to achieving net-zero operations. Others will need to come up with similar targets.

Achieving these targets will require significant transformation of most of these companies - especially the ones in energy or carbon intensive sectors - such as oil and gas, industry, shipping aviation, to name a few. Oil and gas companies will need to find ways to convert fossil fuels into low-carbon fuels and products (or invest in other sectors such as renewables). Energy-intensive industries will need to make significant investment to decarbonise their sites globally.

Most importantly, major global companies will need to transform their markets to meet their targets. Oil and gas companies that are investing in low-carbon hydrogen production should ensure the rest of the supply chain in the hydrogen economy develops rapidly, including developing H2 demand in many sectors. Companies that would like to remove CO2 from the atmosphere, should work with other organisations that are investing in a wide range of negative emissions technologies. Companies should ensure that all of their partners and customers across the supply-chain transform along with them.

What are your interests, beyond work?

I love spending time with my family and friends in London – it is impossible to run out of new experiences in this city! We are lucky to have so many museums, art galleries and exhibitions. Tate Modern is one of our favourite spots.

I have a three-year-old son, so we try to visit the countryside as much as possible for nature walks and hiking. We also go to Datca in southern Turkey every year for swimming and sailing.

I had so many hobbies, from playing basketball in various teams to singing in a band with friends but becoming a father has changed my interests significantly. I never would have thought spotting squirrels in a park could be one of my favourite hobbies now! 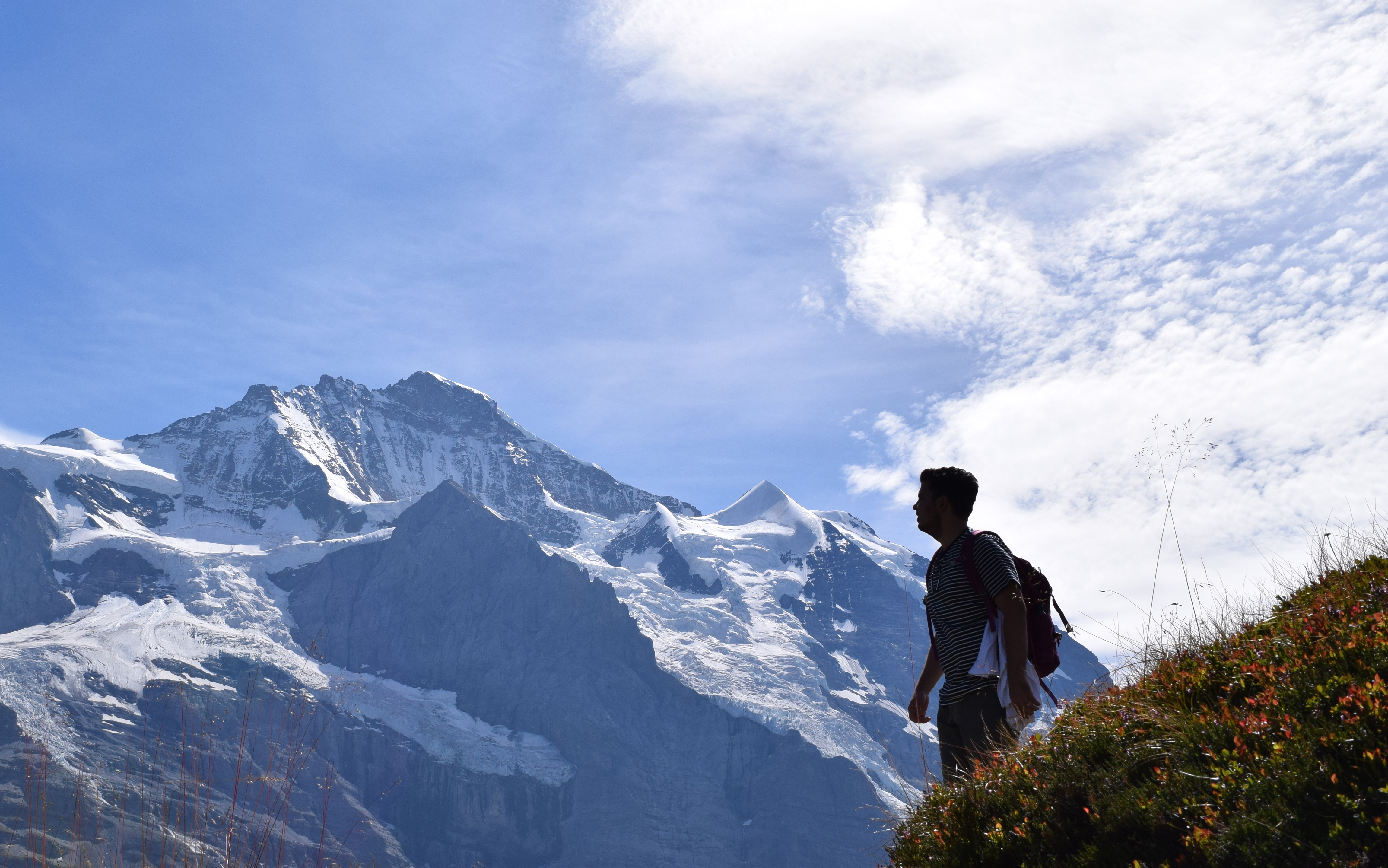 Want to learn more about decarbonisation? Get in touch with Emrah here.